This matrix is a silica gel particle with a certain pore size and specific surface area, which is modified by bonding or other chemical or physical means to make the silica gel surface and provides some chromatographic properties. This kind of filler has the advantages of mature technology, high quality, and stability, wide application range, economical and durable, etc. The deficiency is poor alkali resistance.

This type of filler requires high purity, water-soluble or oil-soluble impurities. For some large molecular samples with complex structures, such samples, it has unique effects. Moreover, these kinds of fillers are stabilized packing, there will be no common problems such as filler loose in the operation process. 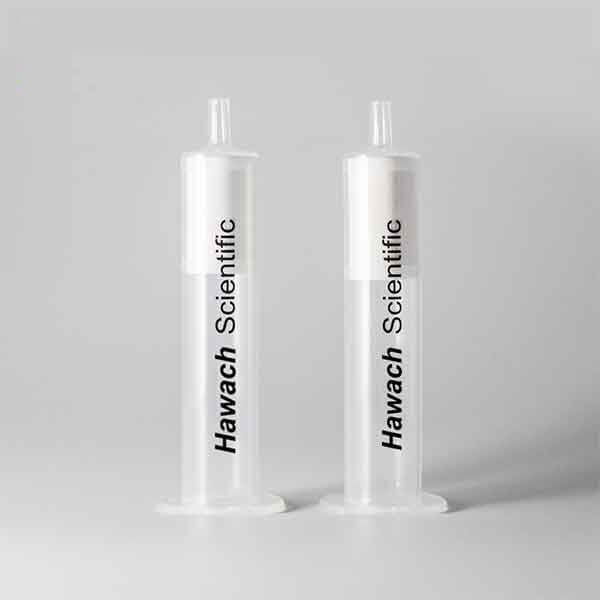 SPE and Flash column
Both flash columns and SPE are to separate in the sample preparation. The difference is that the flash column is a fast separation column, which is used with a certain instrument. The upper interface generally has an air/liquid (with a certain pressure) to speed up the sample separation process during usage. SPE mostly uses gravity to flow down by itself or with SPE equipment to speed up the separation by vacuuming. Flash columns are commonly used in organic synthesis and industrial use (industrial preparation will also need large columns with heavy packing); SPE is usually seen at small sample pretreatment in the laboratory.

SPE, flash column and HPLC column
In general, SPE and FLASH are used in the pre-treatment of the sample to be analyzed. It can be understood as separating the salt from the sugar and obtaining a pre-treatment solution of the sugar. The HPLC column was then used to separate glucose, maltose, and sucrose from the sugars in an HPLC instrument. It should be noted here that the properties of salt and sugar are very different, so they are well separated, but glucose, maltose, and sucrose in sugar are very similar in nature. Just like triple sisters, it is more difficult to separate. Therefore, the separation capacity of the HPLC column is required to be much larger than that of SPE or FLASH. This is why the HPLC column is more demanding and expensive.